Walking to the local coffee shop one morning, my dog, Harry, on-leash beside me, I overheard a passer-by compliment, “Look at that well-trained dog.” “Nah,” retorted another. “You should see the two big dogs outside the coffee shop. They walk off-leash.” 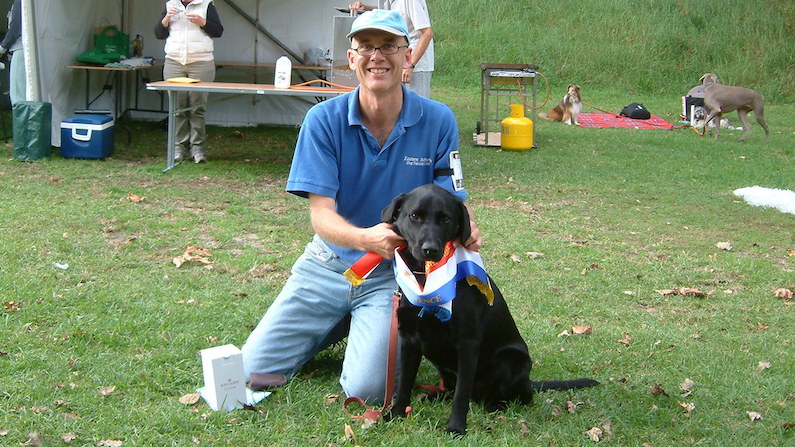 I knew these dogs. Their owner walked to the shop, left them outside while he bought coffee, then crossed a busy road into a park, all off-leash. The dogs loitered in the shop doorway or sniffed Harry, tied up outside. They weren’t aggressive, just big, nosey and not on-leash, an intimidating combination for some dogs and people.

One day, there was only one big dog outside the coffee shop. When I asked the owner what had happened to the other dog, he replied that it had been run over. He then crossed the busy road, his surviving dog straggling behind, still off-leash.

With regular training, Harry progressed from straining at the leash to walking obediently beside me on and off leash. He is a well-trained dog. However, I only ever walk him off leash while training in a park or at an obedience trial. (Of course, he’s let off to run in designated off-leash areas in parks.)

The NSW Companion Animals Act states: “A dog that is in a public place must be under the effective control of some competent person by means of an adequate chain, cord or leash that is attached to the dog and that is being held by (or secured to) the person.”

It’s a good, common-sense law. As mentioned, some people, particularly children, and dogs are fearful of dogs. A dog may only be a sniffer or a licker, but its uninvited approach can be as unsettling as if it were a snarling biter.

Also, I don’t want Harry hurt. A vet once soberly commented that all the dogs he saw run over were not on a leash at the time of the accident. Having Harry on a leash keeps him safe in all situations.

So even if you don’t train your dog, keep it on a leash when outside your front gate. It’s the law, it makes sense and it can save your dog.

N.B. This article appeared in the Village Voice Eastern-Harbourside in February 2007 and is also published on my blog, RobertFairhead.com. You might also like to read this post on Harry, My Good Dog Muse.